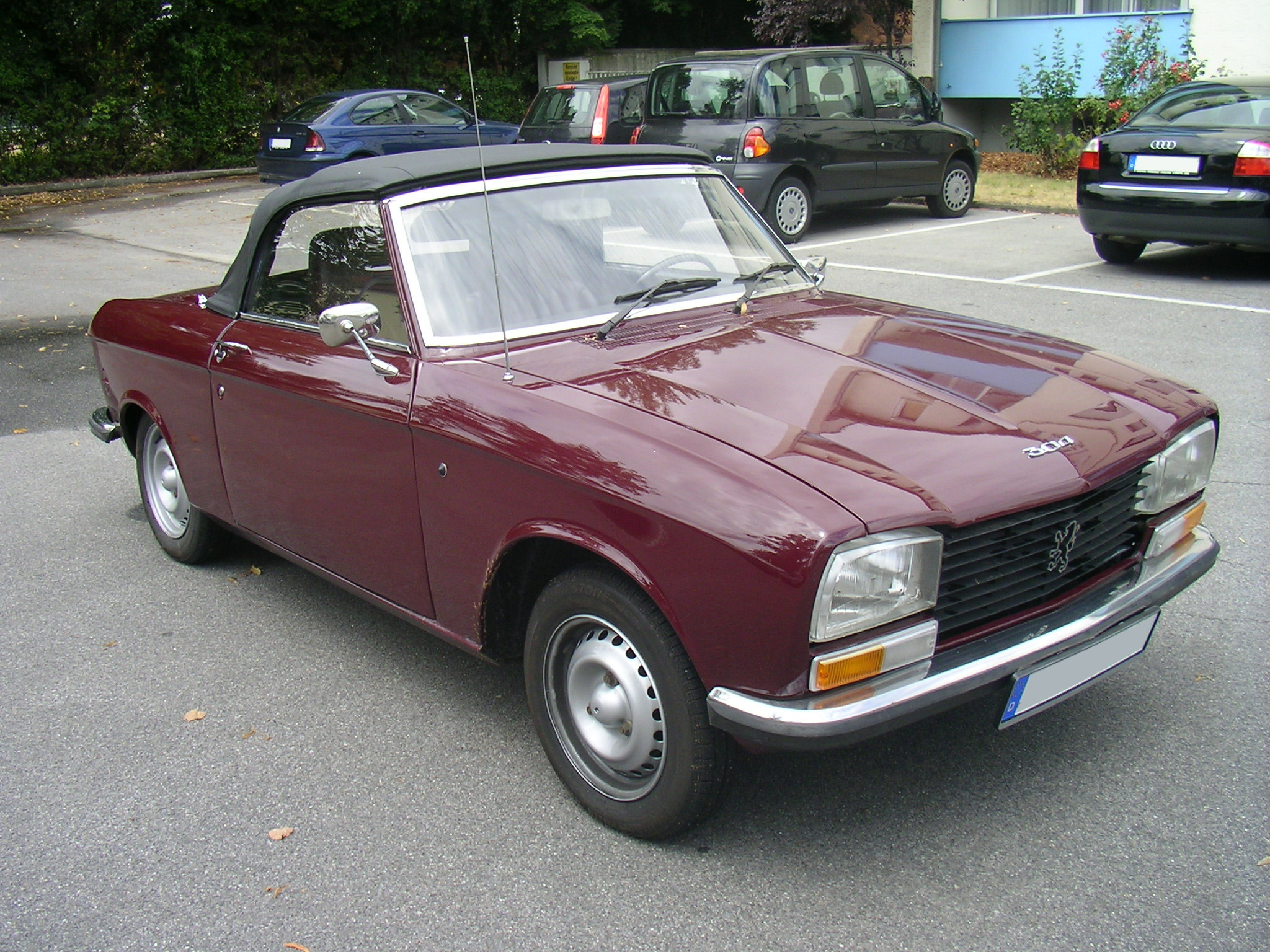 The Peugeot 304 is a small family car introduced to the public at the Paris Motor Show in September 1969 by the French car manufacturer Peugeot. It was manufactured as a four-door saloon, 40door estate, two-door coupe, 2-door convertible and a two-door van. The 304 was launched with an all alloy SOHC four-cylinder 1288 cc petrol engine (XL3). A 1357 cc diesel engine became available for the saloon from July 1976, and for the estate and "fourgonette" van two months later. In July 1979, a larger 1548 cc diesel engine was offered; this was the engine also installed in early versions of the Peugeot 305.

We'll send you a quick email when a new Peugeot 304 document is added.

Yes! I'd love to be emailed when a new, high quality document is available for my Peugeot 304. My email address is: