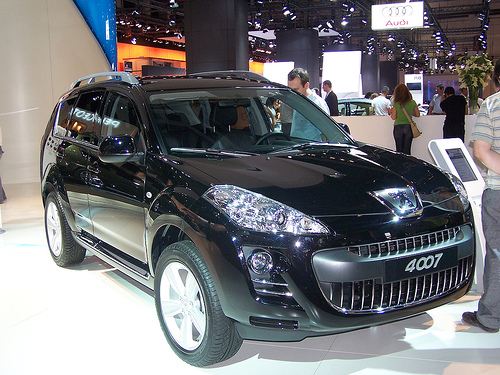 Available in three models ? the standard SE - The standard model, with alloy wheels, climate control, heated mirrors, power steering etc, Sport XS - SE trim, plus leather seats and a telephone., and the GT - SE trim, plus headlamp washers, CD multichanger, heated leather seats, telephone, etc, the Peugeot 4007, a short-lived crossover SUV, was developed in France by the French manufacturer Peugeot. Like its twin, the Citroen C-Crosser, it was based on Mitsubishi Highlander and produced in the Netherlands by Mitsubishi from 2007 to 2012. Neither car caught on with the public, and after five years, the 4007 had achieved a total sales of around 49,000 units worldwide.

We'll send you a quick email when a new Peugeot 4007 document is added.

Yes! I'd love to be emailed when a new, high quality document is available for my Peugeot 4007. My email address is: