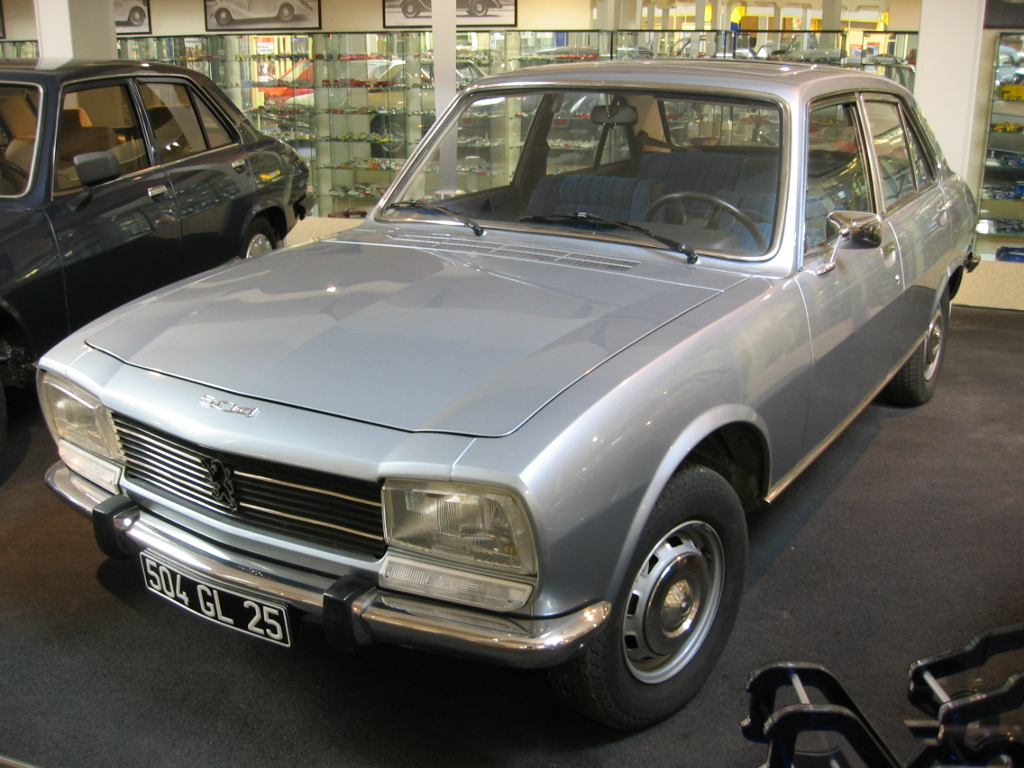 The Peugeot 504 is a large family car manufactured by French automaker Peugeot between 1968 and 1983, with licensed production continuing until 2006. Peugeot's flagship, the 504 made its public debut on 12 September 1968 at the Paris Salon. The 504 was a sunroof-equipped four-door saloon, introduced with a carbureted 1,796 cc four-cylinder petrol engine 79 bhp (59 kW; 80 PS) with optional fuel injection. A column-mounted four-speed manual transmission was standard; a three-speed ZF 3HP12 automatic available as an upgrade.

We'll send you a quick email when a new Peugeot 504 document is added.

Yes! I'd love to be emailed when a new, high quality document is available for my Peugeot 504. My email address is: