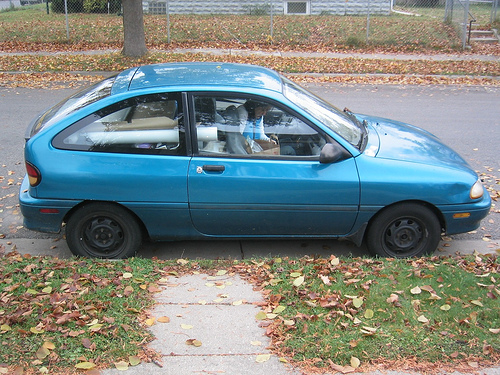 Introduced in 1995, the Ford Aspire was a subcompact car manufactured by Kia Motors and marketed by Ford Motors. It was actually the renamed version of the Ford Festiva and was the first car in its class to have dual airbags standard and antilock brakes optional. In South Korea, the home country of Kia Motors, the car was badged as "Kia Avella". Transmission options comprised a five-speed manual transmission, although all models could be optioned with a four-speed automatic. Australian and U.S. models were equipped with a three-speed automatic.

We'll send you a quick email when a new Pontiac T1000 document is added.

Yes! I'd love to be emailed when a new, high quality document is available for my Pontiac T1000. My email address is: