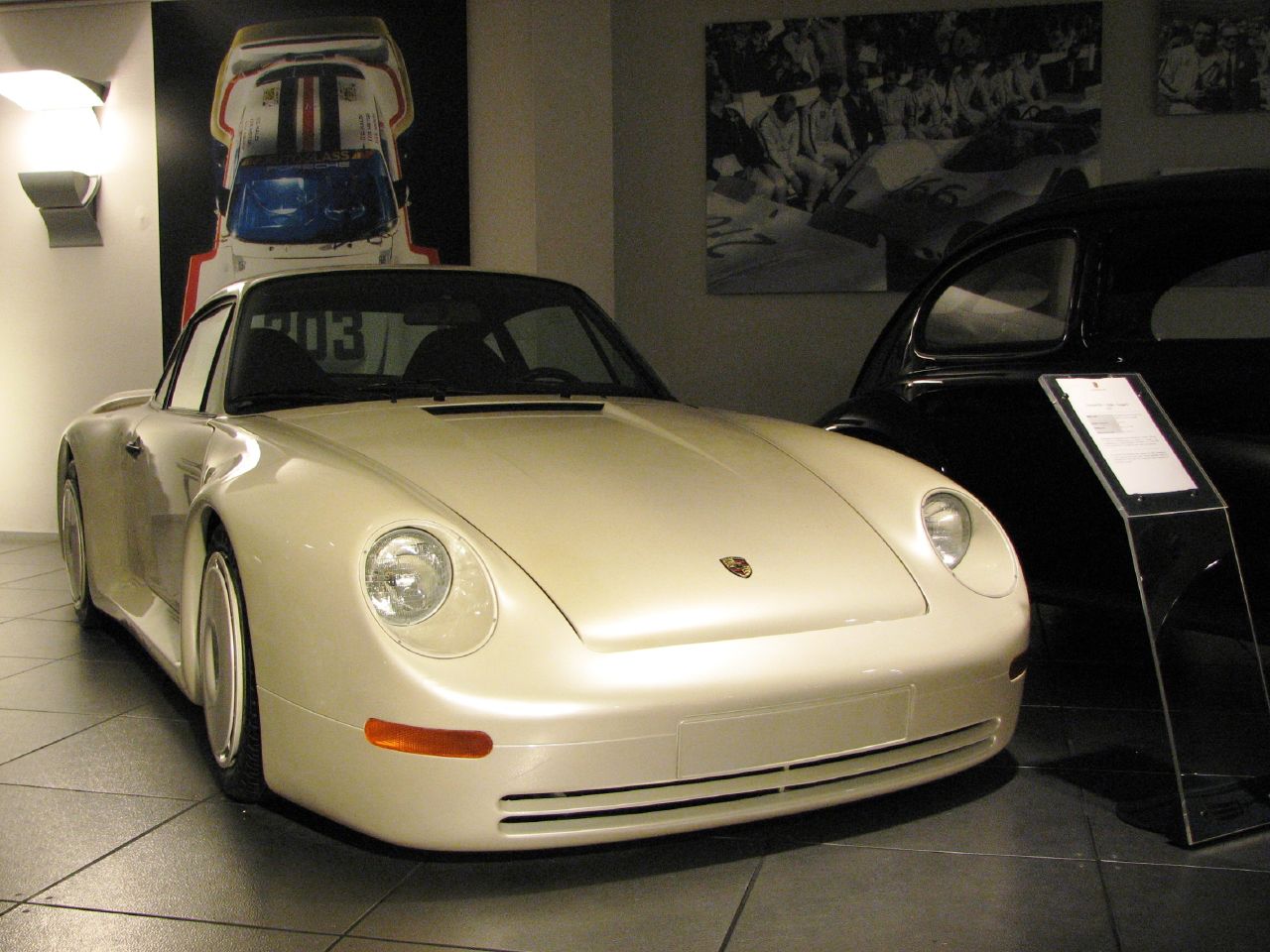 The Porsche 959 is a sports car manufactured by Porsche from 1986 to 1989, first as a Group B rally car and later as a legal production car designed to satisfy FIA homologation regulations requiring at least 200 street legal units be built. When it was introduced, the twin-turbocharged 959 was the world's fastest street-legal production car, boasting a top speed of 195 miles per hour (314 km/h), with the sport model capable of reaching 197 miles per hour (317 km/h). During its production run it was hailed as the most technologically advanced road-going sports car ever built, and forerunner of all future super cars. It was one of the first high-performance vehicles with all-wheel drive, providing the basis for Porsche's first all-wheel drive Carrera 4 model. In 2004, Sports Car International named the 959 number one on its list of Top Sports Cars of the 1980s.

We'll send you a quick email when a new Porsche 959 document is added.

Yes! I'd love to be emailed when a new, high quality document is available for my Porsche 959. My email address is: