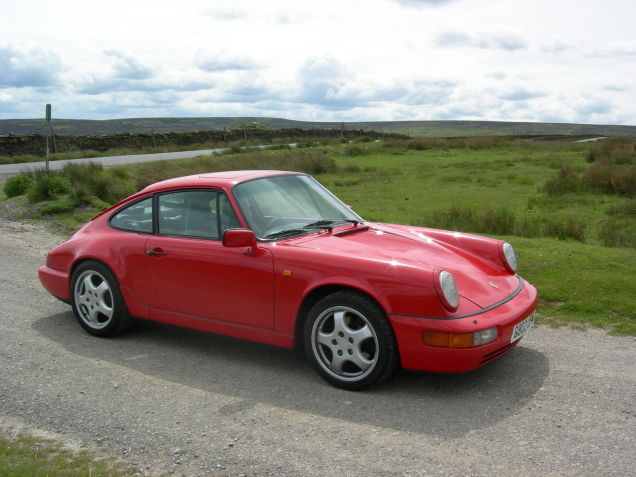 The Porsche 964 is Type 964 ("nine-sixty-four", or "nine-six-four") Porsche's internal code name for the 911 Carrera 2 and 911 Carrera 4 models, which were badged simply as "Carrera 2" and "Carrera 4". "964" is used by automotive publications and enthusiasts to distinguish them from other generations of the Carrera.It was the first generation 911 to be offered with Porsche's optional Tiptronic automatic transmission and all-wheel drive as options. The Porsche 911 (964) replaced its predecessor, the Carrera 3.2 and featured some significant styling revisions, most prominently, more integrated bumpers. It was available with 2- door coupe, 2-door convertible or 2-door targa body style.

We'll send you a quick email when a new Porsche 964 document is added.

Yes! I'd love to be emailed when a new, high quality document is available for my Porsche 964. My email address is: