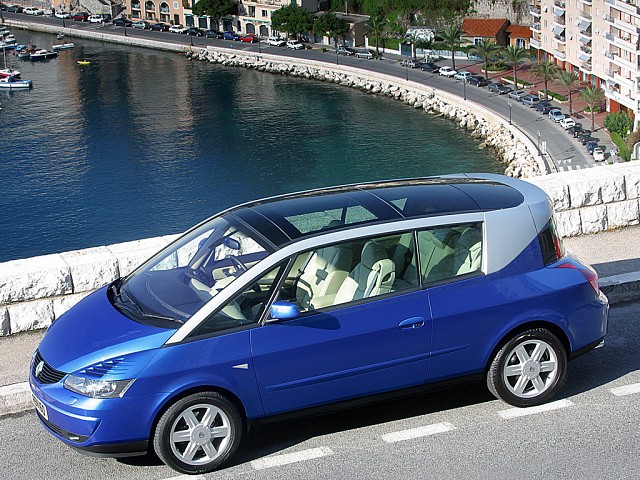 The Renault Avantime is a 3-door coupe version of the popular Renault Espace. It was designed to combine the utility and space of a multipurpose "people-mover" vehicle with the 4-seat experience of a grandtouring coupe. As a one-box design without B-pillars, styled by Patrick Le Quément, the Avantime combined the space of an MPV with the style of a 2+2 coupé. First launched in 2001, it was available in two transmission styles: 6- speed manual or 5- speed automatic. Sales, however, were slow and, by 2003 when Renault abandoned production, had only reached a little over 8,500 vehicles.

We'll send you a quick email when a new Renault Avantime document is added.

Yes! I'd love to be emailed when a new, high quality document is available for my Renault Avantime. My email address is: