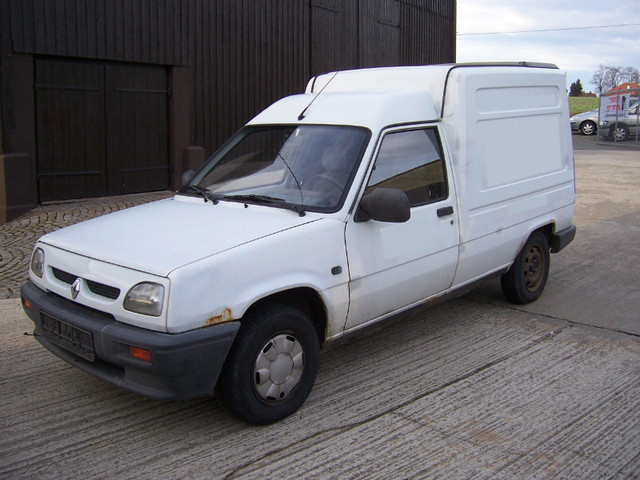 The Renault Rapid is a van manufactured by French car company from 1985 until 1998. It was initially built with a 1.6-liter diesel engine (40 kW / 54 hp), while the petrol engines used from the Renault 5. This model is recognizable by the almost vertical headlamps. Second version was introduced in 1991. The engine range was changed, 1.9L engine was added. Third generation was built since 1994, and was replaced by Kangoo. The most distinctive features were quality-looking materials, radiator grille in body color and the slightly modified rear lights.

We'll send you a quick email when a new Renault Rapid document is added.

Yes! I'd love to be emailed when a new, high quality document is available for my Renault Rapid. My email address is: