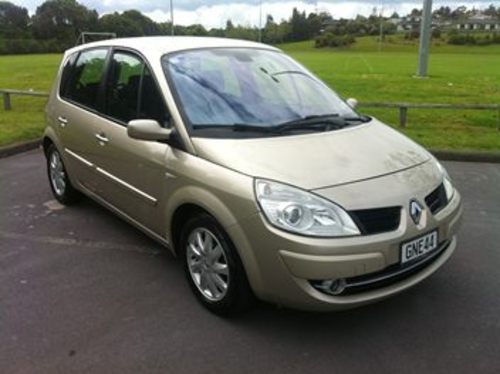 The Renault Scenic is compact multi-purpose vehicle (MPV) which was launched in 1996 French Manufacturer Renault. It was the first of its kind in Europe and its chassis was based on Renault Megane. It was awarded the European Car of the Year in 1997. Initially it was offered with 5-seats but later from second generation onwards, it has been offered as a 7- seater. It is built as front-engine, front-wheel or four-wheel drive, and available with petrol and diesel engines. It is offered with manual and automatic gearbox.

We'll send you a quick email when a new Renault Scenic document is added.

Yes! I'd love to be emailed when a new, high quality document is available for my Renault Scenic. My email address is: