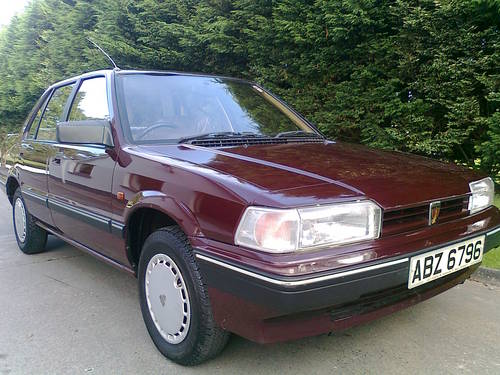 The Rover 200 Series, and later the Rover 25, are a series of compact cars produced under the British marque Rover from 1984 to 2005. Rover 213 is model manufactured from 1984 until 1989. It is four-door saloon that was produced with 1.3L and 1.6L petrol engines. The 213 used either a Honda five-speed manual gearbox or a Honda three-speed automatic transmission. The British-engined 216 also employed a Honda five-speed manual gearbox, unlike the S-Series engine when fitted in the Maestro and Montego. A blue 213 model was also used in the Series 2 episode "Think Fast, Father Ted" of comedy series Father Ted.

We'll send you a quick email when a new Rover 213 document is added.

Yes! I'd love to be emailed when a new, high quality document is available for my Rover 213. My email address is: