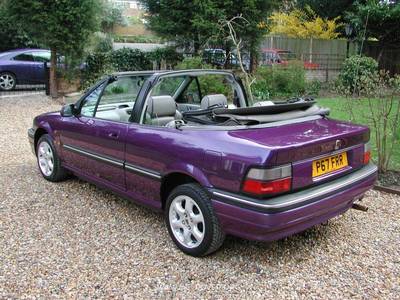 The Rover 200 Series, and later the Rover 25, are a series of compact cars produced under the British marque Rover from 1984 to 2005. Rover 216 is model manufactured from 1984 until 1989. It is four-door saloon that was produced with 1.3L and 1.6L petrol engines. The British-engined 216 also employed a Honda five-speed manual gearbox. There was also the option of a German ZF four-speed automatic on some 216 models as well. This model of car is well known as Richard and Hyacinth Bucket's car in the BBC Television sitcom Keeping up Appearances (1990?1995).

We'll send you a quick email when a new Rover 216 document is added.

Yes! I'd love to be emailed when a new, high quality document is available for my Rover 216. My email address is: