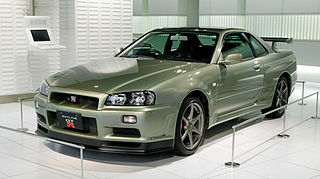 The Nissan Skyline is a line of compact cars, sports cars and compact executive cars originally produced by the Prince Motor Company starting in 1955, and then by Nissan after the two companies merged in 1966. The R33 Skyline was introduced in August 1993. Slightly heavier than the R32, it is available in coupe and sedan bodystyles. All models now used a 6-cylinder engine. Nissan took the unusual step of down-grading the GTS model to have only the RB20E, while the twin-cam of the R32 GTS was discontinued along with the 2.0 L turbo RB20DET.

We'll send you a quick email when a new Rover Tourer document is added.

Yes! I'd love to be emailed when a new, high quality document is available for my Rover Tourer. My email address is: