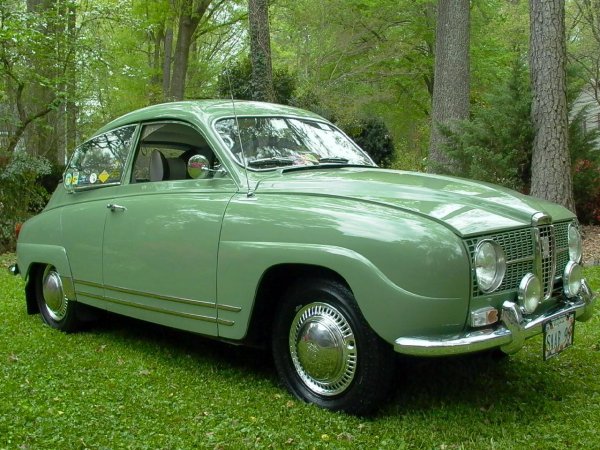 The Saab 96 is an automobile manufactured and marketed by Saab from 1960 to January 1980, replacing the 93. The 96 featured aerodymic two-door bodywork, four passenger seating and at first a two-stroke, three-cylinder engine, later a four-stroke V4. The front end was lengthened for 1965 models, in preparation for a new engine, and the radiator was placed ahead of the engine, rather than above and behind, a leftover from the thermosiphon cooling days. Both front and rear windows were enlarged slightly for 1968 models. It was equipped with petrol engine, and choice of 3-speed or 4-speed manual gearbox. In 1969, the Saab 99 and Saab continued to manufacture and market the 96 until model year 1980.

We'll send you a quick email when a new Saab 96 document is added.

Yes! I'd love to be emailed when a new, high quality document is available for my Saab 96. My email address is: