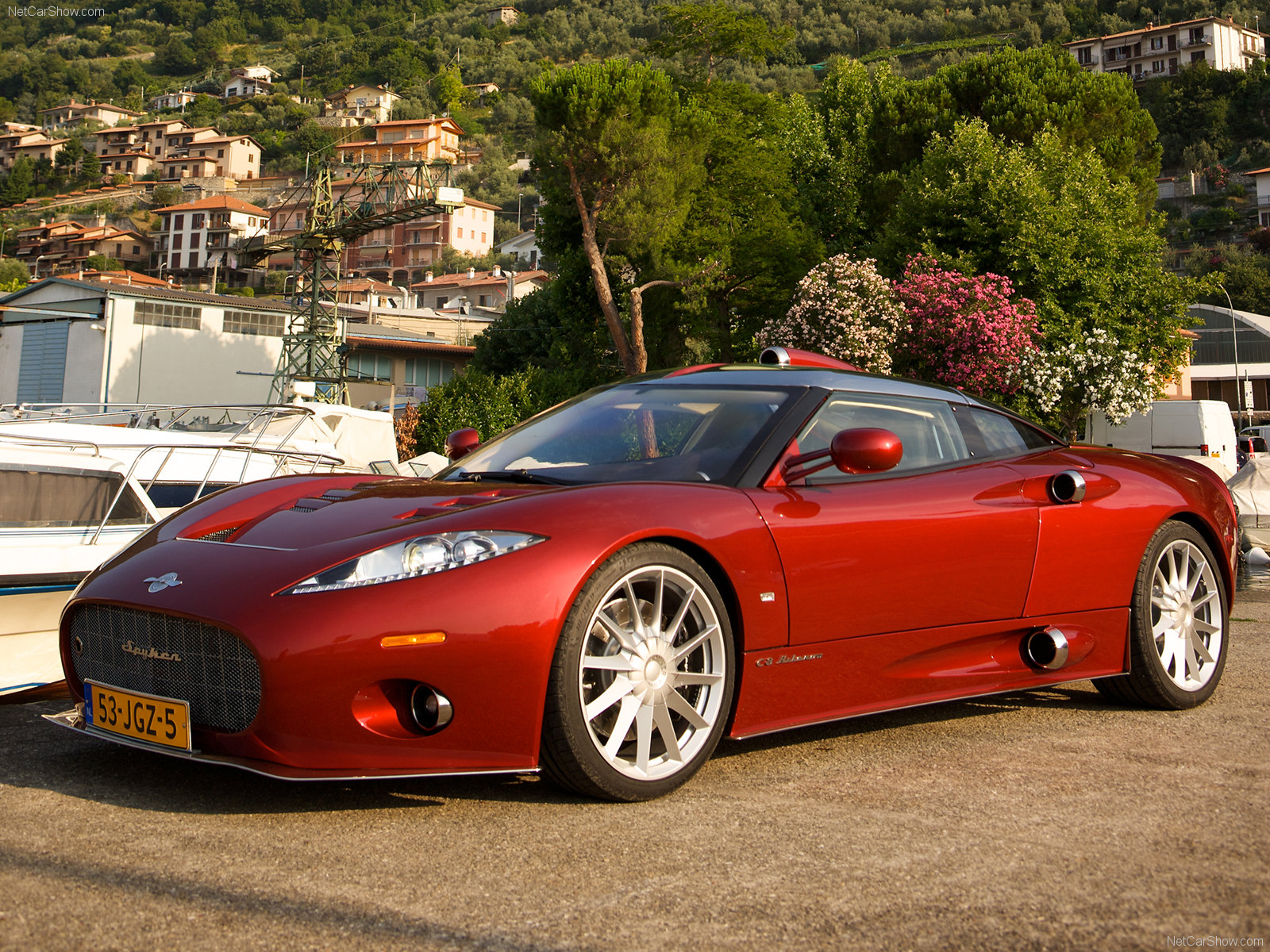 The Spyker C8 is a sports car produced by the Dutch automaker Spyker Cars. The C8 Spyder is the original base model with an Audi 4.2 litre V8 engine giving the car 400 PS and a top speed of 300 km/h. The C8 Laviolette has the 400 PS Audi engine but unlike the spyder models that come with a fixed roof with a glass canopy. The C8 Double 12R is a version made specifically for the 24 hours of Le Mans also using the Audi V8 engine with 480 PS and the C8 Double 12S is the street version of this car which has the same glass canopy of the Laviolette and optionally has a 620 PS engine instead of the 400 PS engine from the C8 spyder, giving it a top speed between 301 km/h and 345 km/h depending on the engine. Both Double 12 versions have a modified C8 spyder frame with a longer wheelbase and a bigger fuel tank, 100 litres instead of 75. Spyker C8 featured in the movies Basic Instinct 2 and War.

We'll send you a quick email when a new Spyker C8 AILERON document is added.

Yes! I'd love to be emailed when a new, high quality document is available for my Spyker C8 AILERON. My email address is: