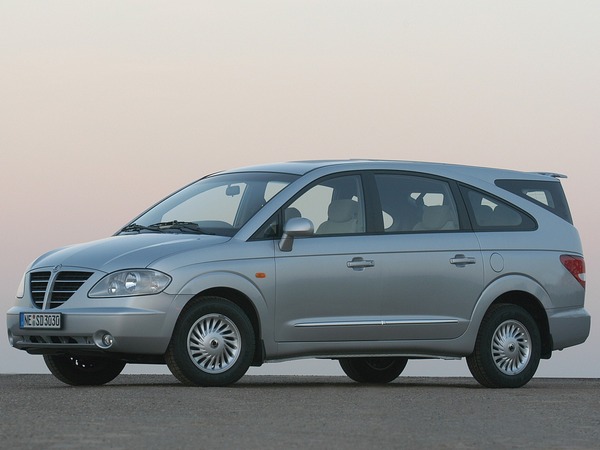 The SsangYong Rodius is a large MPV released in late 2004 by the Korean automaker SsangYong Motor Company. It is available in 7, 9 and 11 seat configurations (3 or 4 rows; a 5-seater version is also available in Hong Kong. The seats can be folded to act as tables or folded further (double folded) to add extra cargo area. They can be turned around, encouraging conversation and can be sided forward and backward. It was produced with petrol and diesel engines, both manual and automatic transmission styles are available. In March 2014, the second generation Stavic was awarded ?2014 Car of the Year - Best MPV Design? by Grand Prix, the most famous automotive magazine in Thailand.

We'll send you a quick email when a new Ssangyong Rodius document is added.

Yes! I'd love to be emailed when a new, high quality document is available for my Ssangyong Rodius. My email address is: