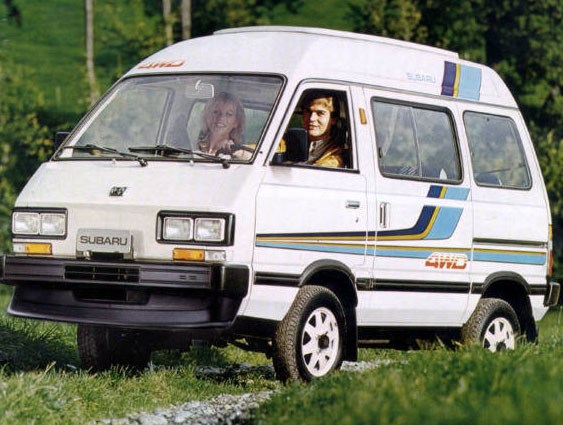 The Subaru Sumo, known as the Libero in European markets except the UK, Norway, and Sweden, and as the Domingo in the Japanese market, was a microvan produced from 1983 to 1998. In Sweden, it was known as the Columbuss (buss means bus in Swedish), and in Taiwan the latter generation was marketed as the Estratto. It was also called the Subaru E10 and Subaru E12 respectively in some places, the names referring to the size of the engines. The Sumo shared many characteristics with the Sambar, except it had extended front and rear bumpers and a larger engine borrowed from the Subaru Justy. Because of these modifications, it didn't conform to kei car regulations, which stipulate the maximum dimensions of the vehicle and the maximum engine displacement requirements, which then determine the vehicle tax to be paid. The Sumo was discontinued when the sixth generation Sambar was introduced, and the market that the Sumo was targeted at was refocused towards the Subaru Forester, which, in comparison to the Sumo, had permanent 4WD, a more potent 2.5 L boxer engine and increased cargo capacity.

We'll send you a quick email when a new Subaru Sumo document is added.

Yes! I'd love to be emailed when a new, high quality document is available for my Subaru Sumo. My email address is: