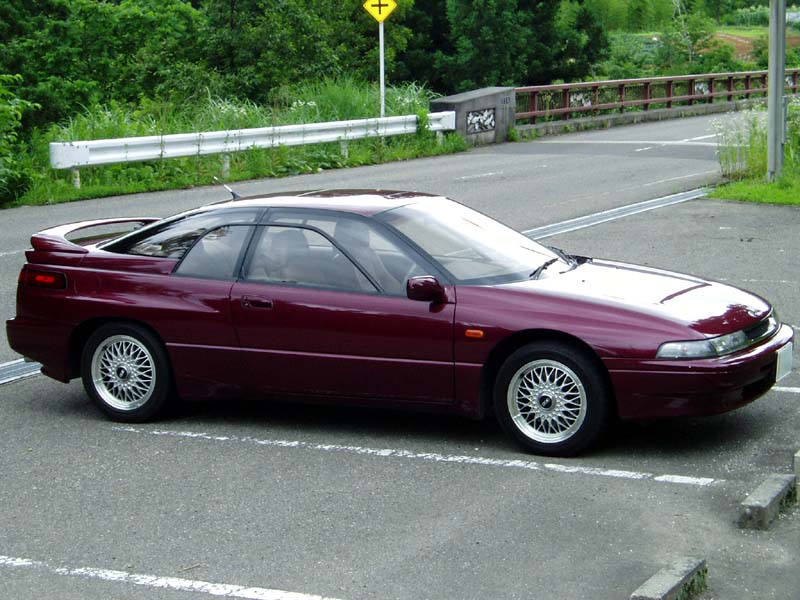 The Subaru Alcyone SVX, also known outside of its home market Japan as the Subaru SVX, is a two-door grand tourer coupé that was sold by Subaru, the automobile manufacturing division of Japanese transportation conglomerate Fuji Heavy Industries (FHI). It was produced from 1991 to December 1996. The SVX debuted with and remained available with only one engine, the EG33 model 3.3-liter boxer horizontally opposed flat-six. This engine was the largest engine produced by Subaru for its passenger cars until the introduction of the 3.6-liter EZ36 engine in the 2008 Subaru Tribeca. Its top speed is listed as 154 mph, and can accelerate from 0 to 60 mph in 7.3 seconds.

We'll send you a quick email when a new Subaru SVX document is added.

Yes! I'd love to be emailed when a new, high quality document is available for my Subaru SVX. My email address is: