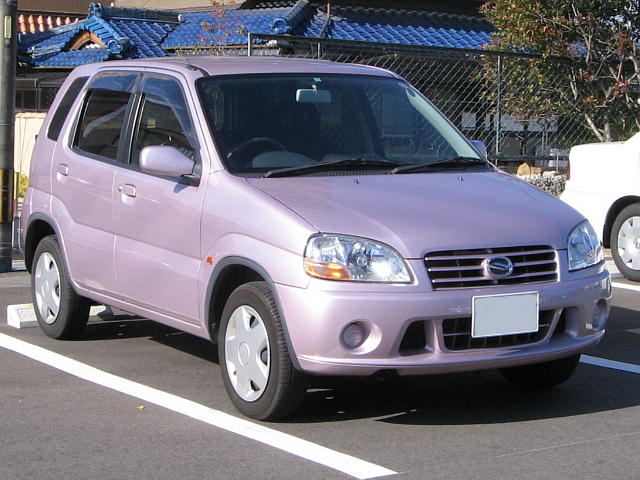 The Suzuki Ignis is a subcompact car that was produced by Suzuki between 2000 and 2008. The Ignis was originally manufactured as a three- and five-door hatchback, powered by a new generation of Suzuki inline-four petrol engines, the M family. This family featured DOHC, four valves per cylinder and variable valve timing. Engines were offered in two displacements: 1.3 litres and 1.5 litres, with power outputs of 65 kilowatts and 81 kilowatts, respectively. Suzuki introduced the Ignis Sport in 2003; this model can accelerate from 0?100 km/h in 8.9 seconds and has a top speed of 185 km/h. The Sport ceased production in 2005.

We'll send you a quick email when a new Suzuki Ignis document is added.

Yes! I'd love to be emailed when a new, high quality document is available for my Suzuki Ignis. My email address is: