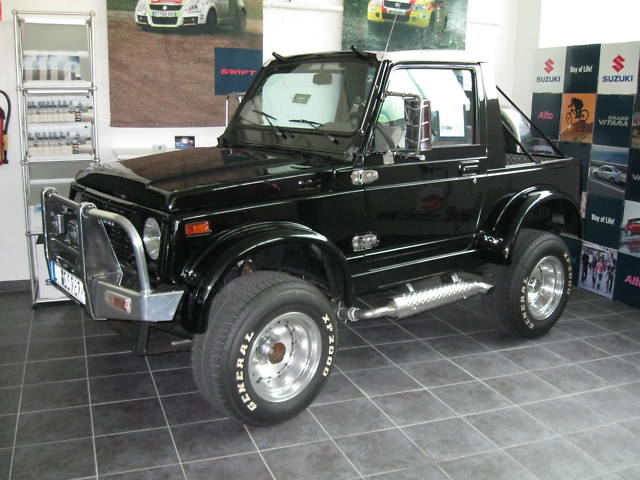 The Suzuki SJ30 began production in May 1981 in Hamamatsu. It was sold as the Suzuki Jimny and was a kei car, produced with both 550 cc and 660 cc 3-cylinder engines. The SJ-Series received a bigger engine and was lengthened and widened for export purposes. This model got a more modern cockpit, 60 millimeter wider axles and other minor improvements. The basic shape of the body remained unchanged. It was manufactured with 1.0L and 1.3L petrol engines, and also with 1.9L diesel engines. Maximum power for petrol engines is 51 kW, while it is 47 kW for diesel engines. It was in production until 2004.

We'll send you a quick email when a new Suzuki SJ Samurai document is added.

Yes! I'd love to be emailed when a new, high quality document is available for my Suzuki SJ Samurai. My email address is: