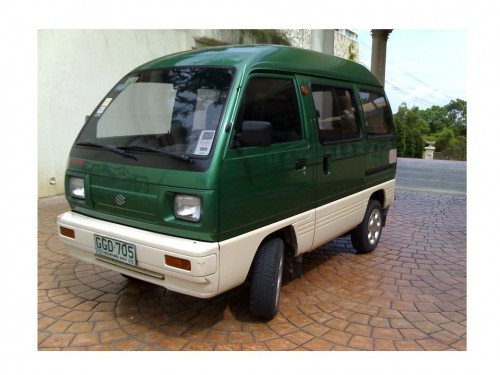 The Suzuki Carry is a kei truck produced by the Japanese automaker Suzuki. The eighth generation Carry (and second generation Every) appeared in March 1985, it is also called Super Carry. It is built as a two-door pick up or five-door van/microbus. It is produced with front mid-engine, rear-wheel or four-wheel drive. This model is available with various petrol engines, and both, manual and automatic transmission styles are available. Its top speed is listed as a 115 km/h. The Super Carry continued in production in Vietnam for local markets until at least 2010, with a Euro 2 emissions compliant engine.

We'll send you a quick email when a new Suzuki Super-Carry document is added.

Yes! I'd love to be emailed when a new, high quality document is available for my Suzuki Super-Carry. My email address is: