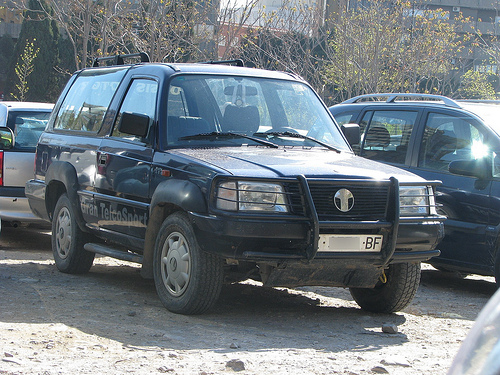 The Tata Sierra, and later Tata Sierra Turbo, was a three door sport utility vehicle produced by Tata Motors of India. It was based on the Tata TL. It was the first automobile to be designed and produced in India. The Sierra is powered by a 1.9 litre turbodiesel. Initially it had a naturally aspirated engine but later versions were turbocharged. The later version had distinguishable plastic fender flares and remodelled headlamps shared with Tata Estate. Tata used to provide 4WD models on special request. Production ended in 2000.

We'll send you a quick email when a new Tata Telcosport document is added.

Yes! I'd love to be emailed when a new, high quality document is available for my Tata Telcosport. My email address is: