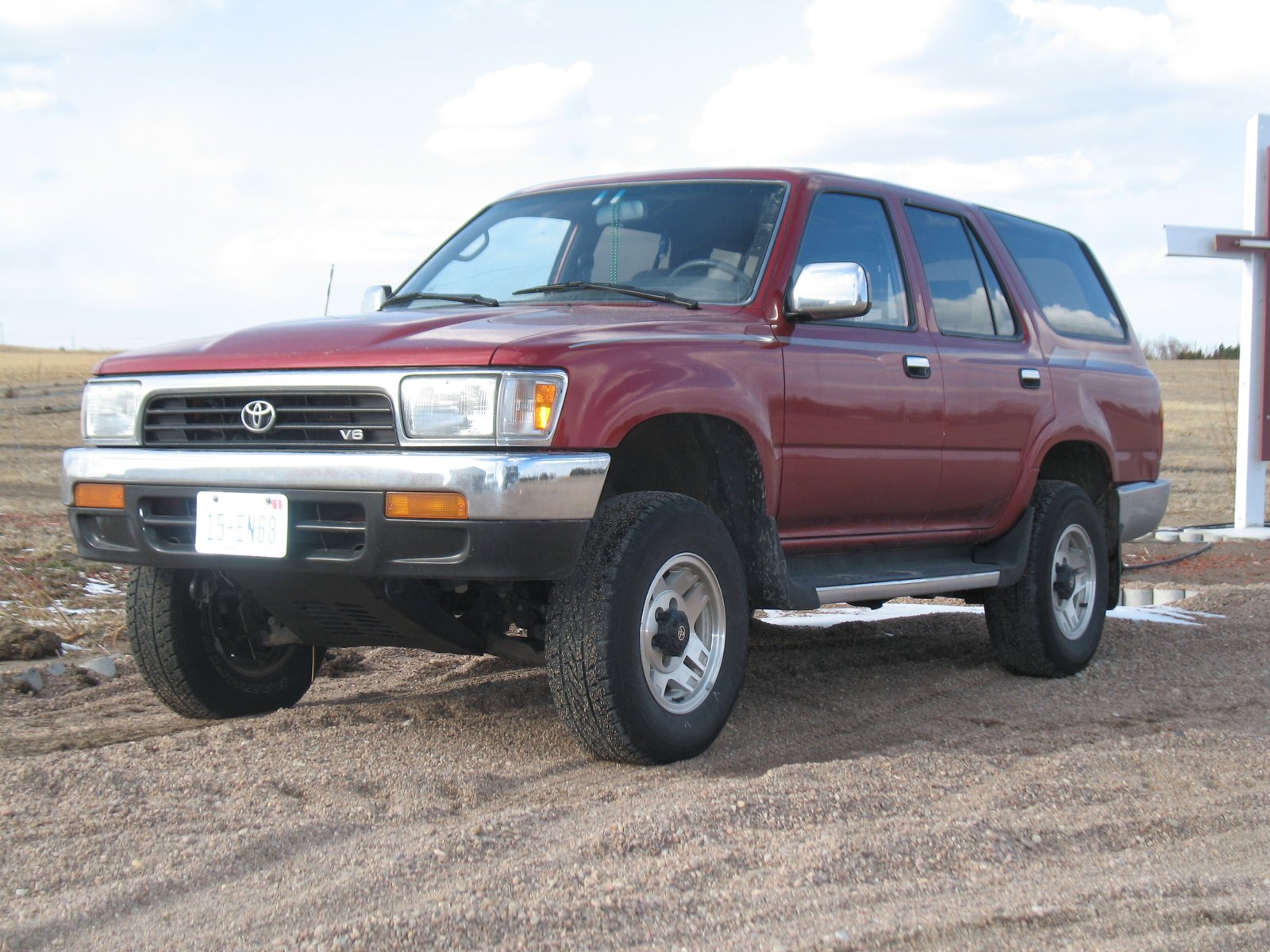 The Toyota 4Runner is a mid-size sport utility vehicle (SUV) produced by the Japanese manufacturer Toyota and sold throughout the world from 1984 to present. It was manufactured with various body styles: two-door pickup, three-door wagon and five-door wagon. It is manufactured with diesel and petrol engines, and available with both, manual and automatic transmission styles. It is now in its fifth generation, which was officially introduced on September 24, 2009. All versions were built with front engine, rear-wheel or four-wheel drive.

We'll send you a quick email when a new Toyota 4-Runner document is added.

Yes! I'd love to be emailed when a new, high quality document is available for my Toyota 4-Runner. My email address is: