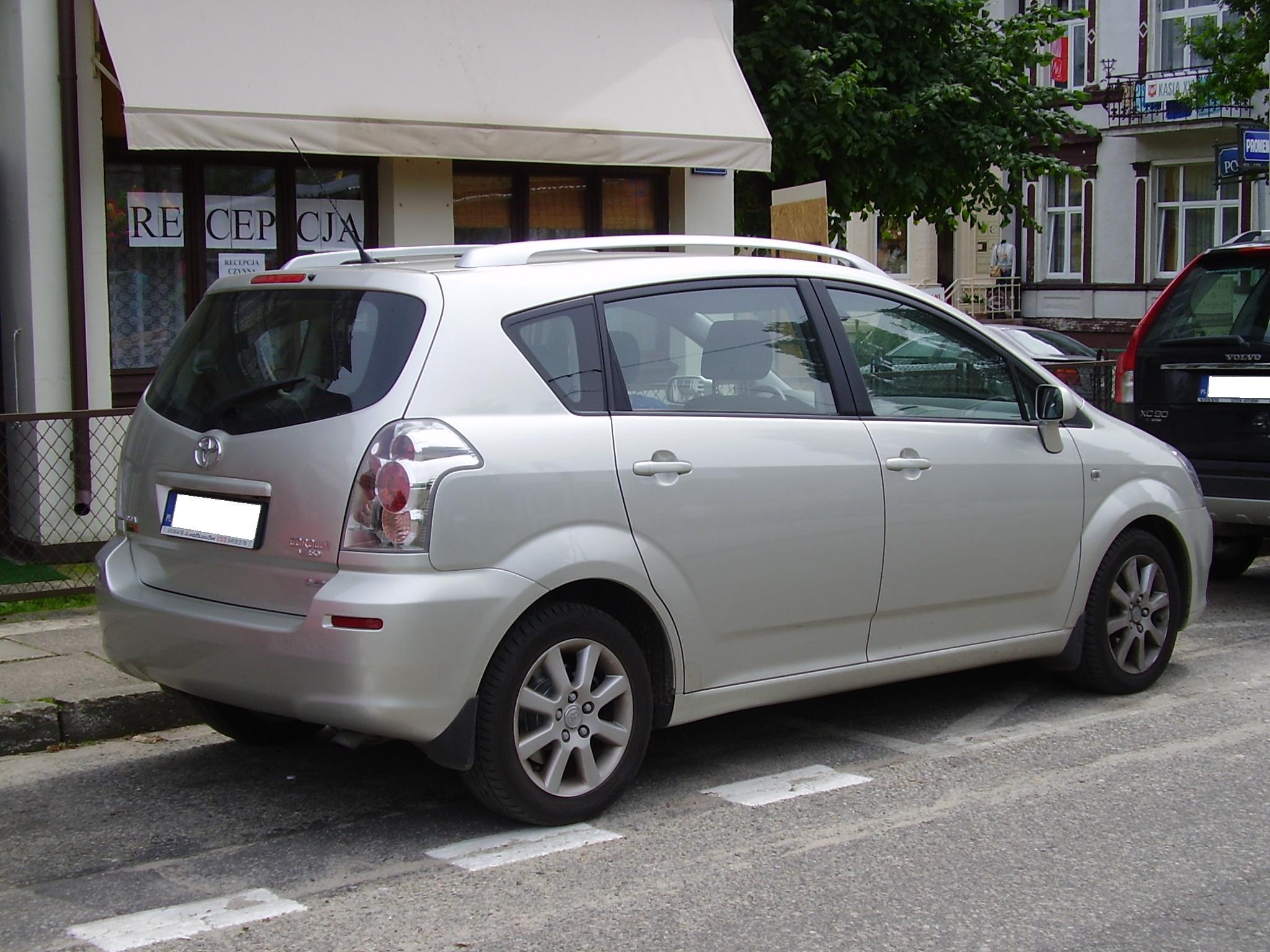 The Corolla Verso (known as the Corolla Spacio in Japan) was a 5-door estate Compact MPV first released by Toyota in 1997 until production of the third generation ceased in 2009 and production of its replacement, the Toyota Verso, began. The first generation, introduced in 1997, was introduced as a two-box minivan which was technically similar to the Avensis. All versions were manufactured with 1.6L and 1.8L petrol and 2.0L diesel engines. The Euro NCAP test showed the Corolla Verso to have slightly higher side protection than the front in a crash.

We'll send you a quick email when a new Toyota Corolla Verso document is added.

Yes! I'd love to be emailed when a new, high quality document is available for my Toyota Corolla Verso. My email address is: