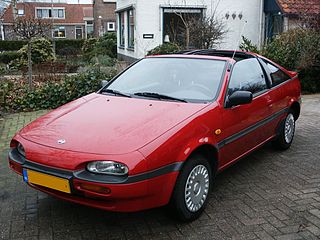 The Nissan Maxima is an entry level luxury car from Japanese automaker Nissan since 1981. Marketed by Nissan as a ?four-door sports car?, it was originally an upscale version of Nissan Bluebird, known as Datsun 810 . The size of Maxima varied from generation to generation; compact class between 1977 and 1988, mid-size class between 1988 and 20 0 3 and the full-size from 2003.The "Maxima" name was applied gradually, beginning in 1981. Most pre-2003 Maximas were built in Oppama, Japan, until the current North American Maximas started being assembled in Smyrna, Tennessee. The "Maxima" has also been applied to Nissan Cefiros, Nissan Laurels, and Nissan Teanas in various markets. In the EU, it is also called Nissan Maxima QX.

We'll send you a quick email when a new Toyota Echo document is added.

Yes! I'd love to be emailed when a new, high quality document is available for my Toyota Echo. My email address is: