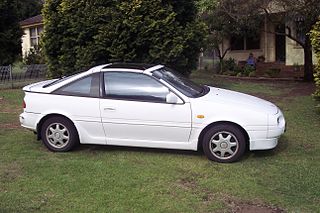 The Nissan NX is a front wheel drive 2-door sports car produced by Nissan Motors. The NX1600 was based on the standard 1.6L Sentra (engine code GA16DE), and the NX2000 was based on the 2.0 L SE-R model (engine code SR20DE). Most models were fitted with T-Tops, whilst others were hardtop. Constructed in Japan, was sold from 1991-1993 in the US (mainly competing with the Mazda MX-3, Isuzu Piazza and Honda Civic Del Sol). Also, it was produced for a few more years and sold in other countries. The NX2000 model had some mechanical improvements over its SE-R sibling.

We'll send you a quick email when a new Toyota FJ Cruiser document is added.

Yes! I'd love to be emailed when a new, high quality document is available for my Toyota FJ Cruiser. My email address is: