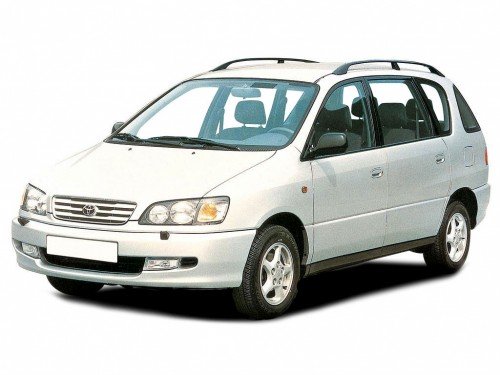 The Toyota Ipsum, Picnic, SportsVan or Avensis Verso is a seven-seater multi-purpose vehicle produced by Japanese automaker Toyota in two generation. Fist generation was in production from 1995 to 2001. It was produced with 2.0L petrol and 2.2L diesel engine. Second generation was in production between 2001 and 2009. Engine options included a 2.0-litre 1AZ-FE petrol engine producing 150 PS, a 2.4-litre 2AZ-FE petrol engine and a 2.0-litre 1CD-FTV D-4D turbodiesel engine producing 116 PS. It was manufactured with five-speed manual and automatic transmission styles.

We'll send you a quick email when a new Toyota Picnic document is added.

Yes! I'd love to be emailed when a new, high quality document is available for my Toyota Picnic. My email address is: