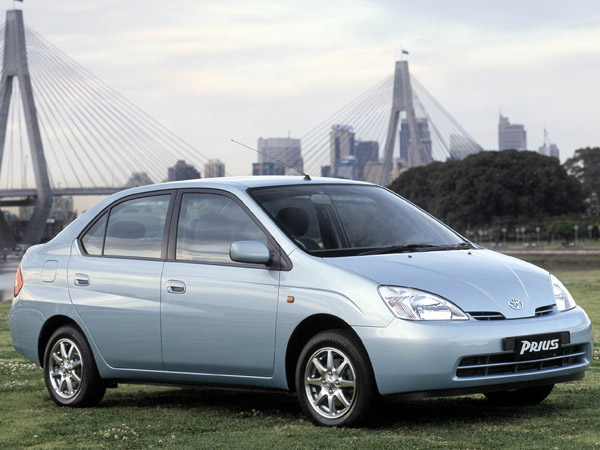 Sold over 2.9 million worldwide since its debut in 1997, the Toyota Prius is a full hybrid electric mid-size hatchback (formerly a compact sedan) developed by Toyota. In 2011, Toyota expanded the Prius family to include the Prius v, an extended hatchback wagon, and the Prius c, a subcompact hatchback. According to the EPA and California Air Resources Board (CARB) the Prius is one of the cleanest vehicles in the United States. It achieved excellent safety rating from various organizations and also won several awards worldwide.

We'll send you a quick email when a new Toyota Prius document is added.

Yes! I'd love to be emailed when a new, high quality document is available for my Toyota Prius. My email address is: