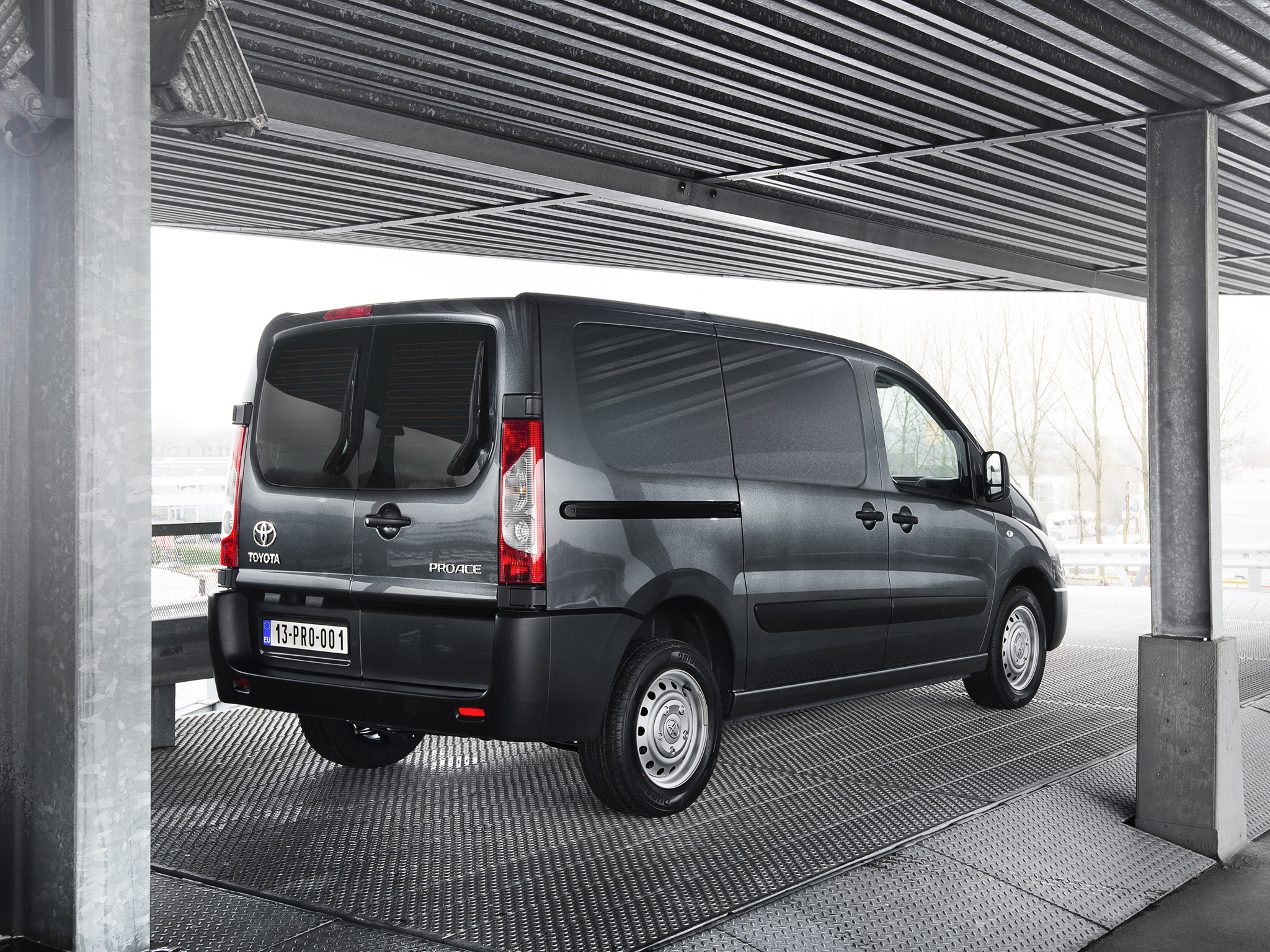 The Citroën Jumpy is a small van produced at Sevel Nord since 1994, now in its second generation. From 2013, Toyota began sales of a rebadged version called Toyota ProAce. It is available in the L1H1 short-wheelbase van, L2H1 and L2H2 long-wheelbase vans and as an L2H1 crew van with seating for six. There's a 1.6-litre diesel engine available in the two smallest vans, with a five-speed manual gearbox, or two versions of the PSA/Ford 2.0-litre diesel engine, driving through a six-speed gearbox.

We'll send you a quick email when a new Toyota Proace document is added.

Yes! I'd love to be emailed when a new, high quality document is available for my Toyota Proace. My email address is: