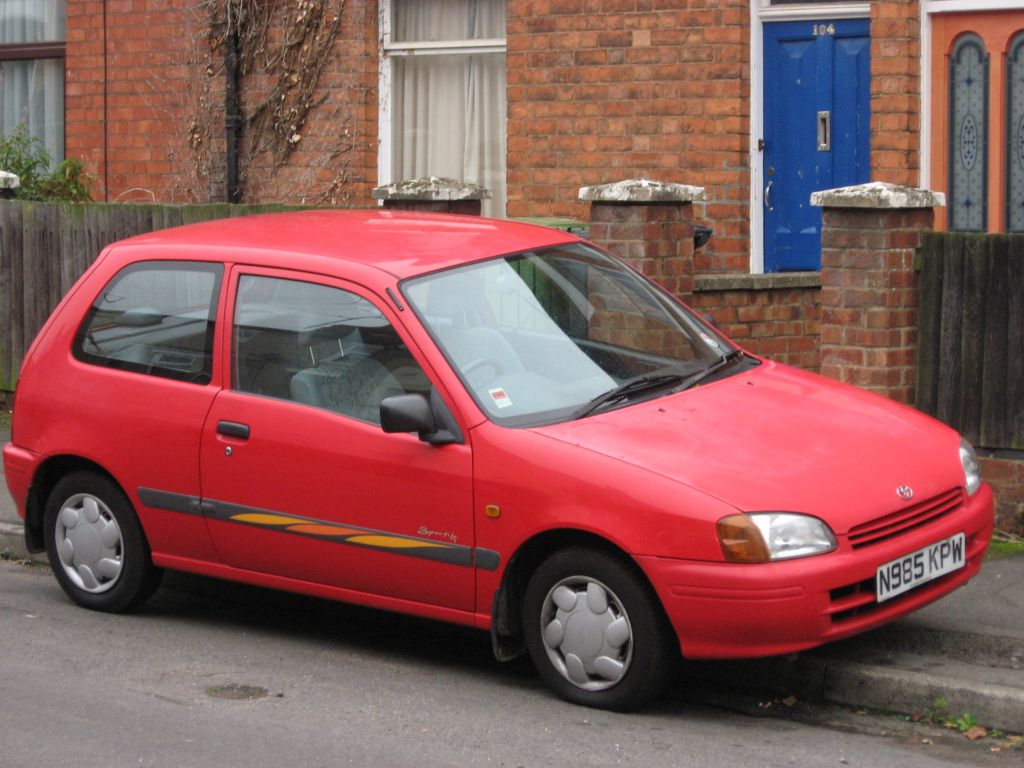 The Toyota Starlet is a small automobile manufactured by Toyota from 1973 to 1999. Initially launched in April 1973 as the Publica Starlet 40 series, the Starlet was offered with 1,000 and 1,200 cc engines. The 60 series, introduced in February 1978 was better known, being the first to be extensively sold outside Japan. It was offered with 993, 1166 and 1290 cc engines. The 70 series of October 1984 saw the Starlet switch to front wheel drive. The Starlet 80 series was introduced to the Japanese market in December 1989. It featured a more rounded body style and interior. The Starlet GT Turbo is high performance model of the fourth generation Starlet, first introduced in 1990. The Starlet 90 series, introduced in 1996, retained the same ideas of three or five-door hatchback.

We'll send you a quick email when a new Toyota Starlet document is added.

Yes! I'd love to be emailed when a new, high quality document is available for my Toyota Starlet. My email address is: