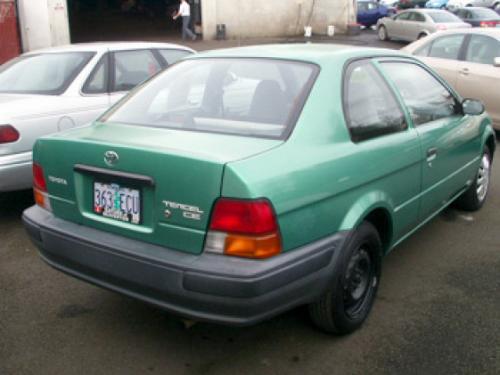 The Tercel is a subcompact manufactured by Toyota from 1978 to 1999 across five generations, in five body configurations sized between the Corolla and the Starlet. The Tercel was the first front-wheel-drive vehicle produced by Toyota, establishing a layout and frame that was later used in other popular Toyota models. It was built as front-engine, four-wheel or front-wheel drive. It was available with both diesel and petrol engines, and this model was manufactured with four-speed or five-speed manual and automatic transmission styles.

We'll send you a quick email when a new Toyota Tercel document is added.

Yes! I'd love to be emailed when a new, high quality document is available for my Toyota Tercel. My email address is: