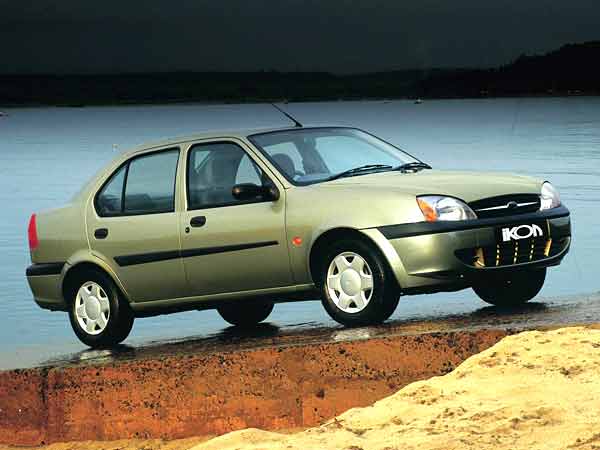 The Ford Ikon is a subcompact car produced by the Ford Motor Company since the end of 1999. It has been initially introduced as the sedan version of the Ford Fiesta hatchback car. It spawned over two generations, the first being based on the fourth generation of the Ford Fiesta and bearing a similar front end design. The second generation was derived from the fifth generation of the Ford Fiesta into two different sedan models, produced in India and in Brazil, but the Ford Ikon nameplate has only been used for these in South Africa and in Mexico respectively. The sedan model was powered by a 1.6-litre petrol engine with a single overhead camshaft, coupled to a five-speed manual transmission, that had a maximum power output of 95 hp (71 kW). The hatchback version has a 1.6-litre Duratec petrol engine with a double overhead camshaft, that develops a maximum power of 98 hp (73 kW).

We'll send you a quick email when a new Vauxhall Corsa Combo document is added.

Yes! I'd love to be emailed when a new, high quality document is available for my Vauxhall Corsa Combo. My email address is: