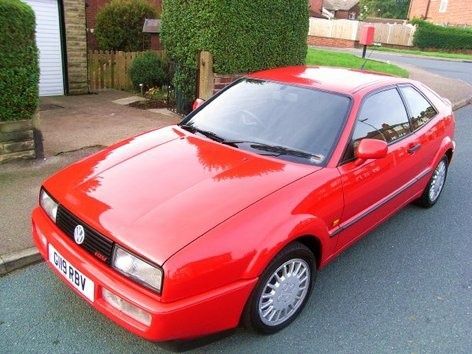 The Volkswagen Corrado was a sports car developed by the German manufacturer Volkswagen, built at the Karmann factory in Osnabrück, Germany. It was designed by Herbert Schäfer, and was produced between 1 September 1988 and 31 July 1995. The Corrado is a three-door hatchback/liftback with a 2+2 seating layout. All models featured an electrically adjustable rear spoiler, which can be raised or lowered by the driver. This car is equipped with 1.8L, 2.0L, 2.8L and 2.9L petrol engines and it is available with five-speed manual or four-speed automatic transmission style. It was described by the Auto Express magazine as ?Regarded as one of VW?s best-ever drive VW?s best-ever driver?s cars?.

We'll send you a quick email when a new Volkswagen Corrado document is added.

Yes! I'd love to be emailed when a new, high quality document is available for my Volkswagen Corrado. My email address is: