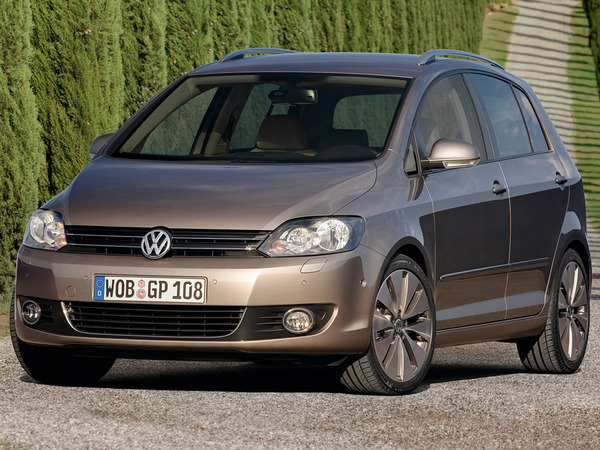 In December 2004, Volkswagen announced the Golf Plus variant of the Golf Mk5. It is 95 mm (3.74 in) taller than the standard Golf, and 150 mm (5.91 in) shorter than the other compact MPV of the marque, the seven-seater Volkswagen Touran. At the 2006 Paris Motor Show Volkswagen released the CrossGolf version, which is essentially an off-road version of the Golf Plus, crossover-style body elements. The CrossGolf is only available in front-wheel drive configuration (like the CrossPolo), and is powered by two petrol engines, 1.6 and 1.4 TSI, and two diesel engines, 1.9 TDI and 2.0 TDI. In the UK this model is badged as "Golf Plus Dune" and sold with the 1.9 TDI.

We'll send you a quick email when a new Volkswagen Golf Plus document is added.

Yes! I'd love to be emailed when a new, high quality document is available for my Volkswagen Golf Plus. My email address is: