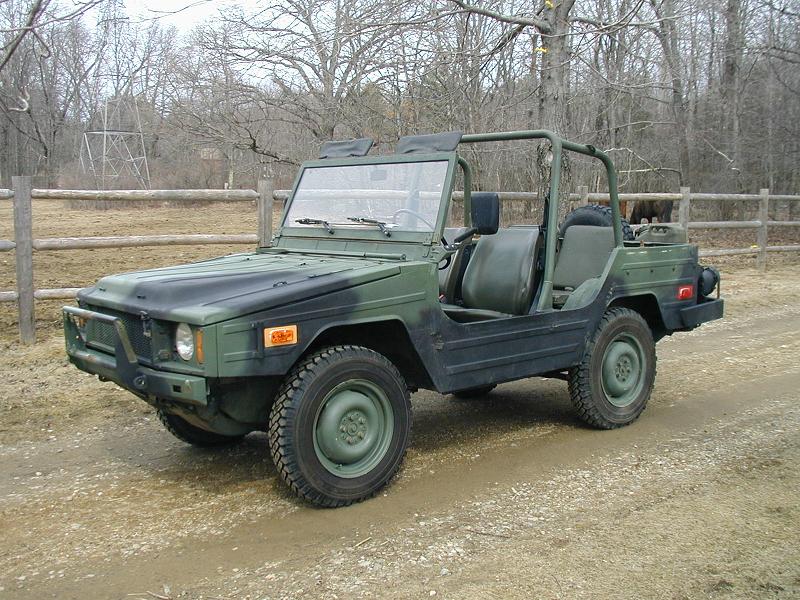 The Volkswagen Type 183, more commonly known as the Iltis, is a military vehicle built by Volkswagen for use by the German military. The engine has a low compression ratio, allowing it to run on low-octane gasoline. The four-wheel drive is engaged by a lever on the floor, as are the optional differential locks. The car has rack-and-pinion steering and many suspension parts are the same at all four corners. The interior is minimal, although the seats, from the contemporary Volkswagen Passat, were considered surprisingly comfortable by period observers. The tiny back seat has two individually folding seat backs, but can be considered mainly an occasional seat. It is built with 1.7L petrol and 1.6L diesel engine.

We'll send you a quick email when a new Volkswagen Iltis document is added.

Yes! I'd love to be emailed when a new, high quality document is available for my Volkswagen Iltis. My email address is: