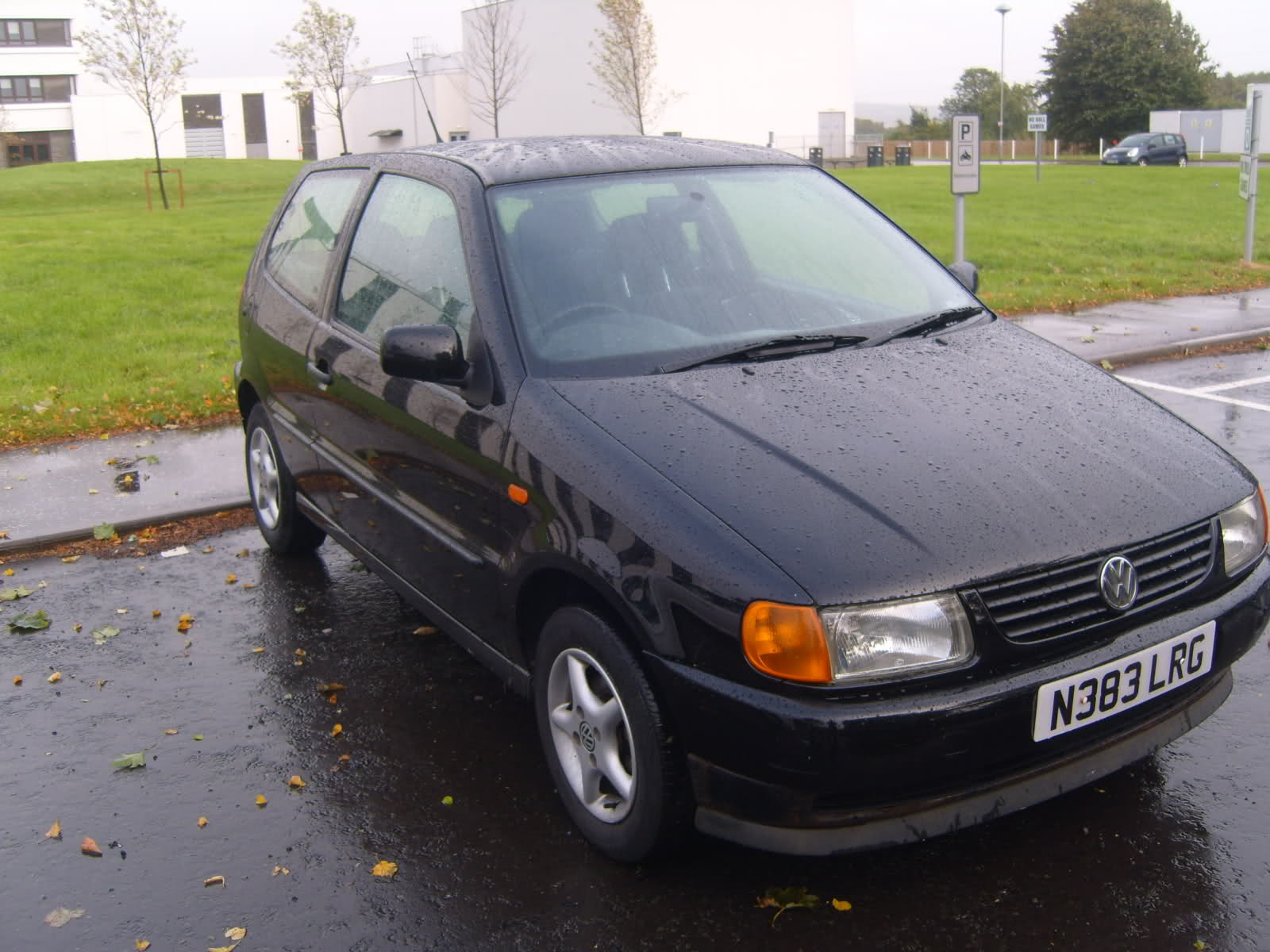 The story of Polo, one of VW’s longest and best-selling models with over 15 million cars made worldwide, dates back to the 70s. Although many sees it as Golf’s smaller brother, this super-mini car started his life from different roots. Unlike Golf, a car built by VW designers as a logical addition to their model lineup, Polo was one of the first examples of badge engineering. Several years back, a german car and bike manufacturer called NSU was developing a small car. With lightweight chassis, clear body design and every-day practicality, this innovative car had the makings of a future hit. However, as financial difficulties pushed this manufacturer under Audi’s command, this project soon became known as Audi 50. 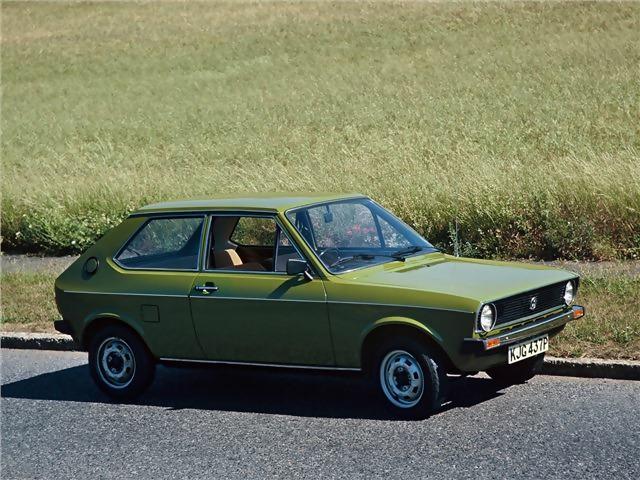 It was only a few weeks after VW revealed Polo, which was their iteration of Audi 50. With a lower price, this stripped version aimed at the budget car market. Initial reactions were positive, as buyers recognized upsides of the newly introduced model. However, it was a different event that coined the faith of this little car. By the end of the 70s, oil crisis reached the shores of Europe. High gasoline prices and overall fuel shortages placed fuel efficiency high up the list of priorities among car buyers. Together with other similar cars, Polo was perfect for such an environment, making it an instant hit. 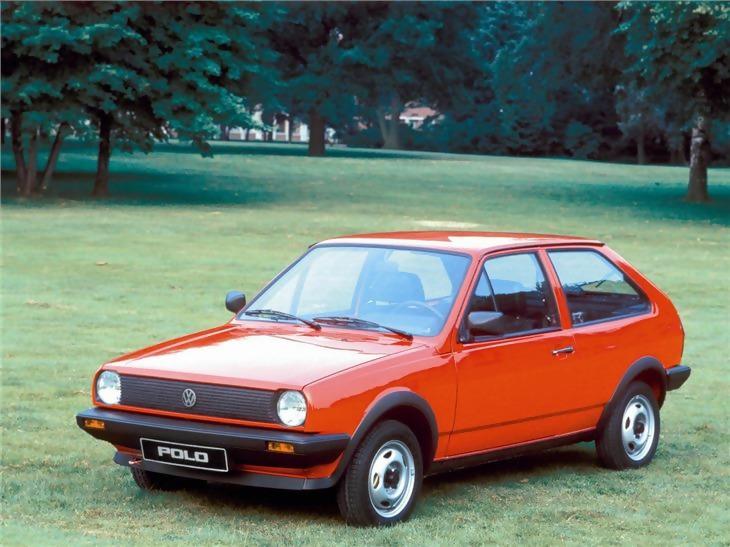 The second generation, introduced in 1981, followed the basic recipe set by the first Polo. With economical engines, spacious interior and simple design, it was the embodiment of form that follows the function. Despite its boxy shape and scarce equipment, it still kept a high seller status among buyers. With a help of a mid-run facelift that gave it a fresh look, the second generation Polo remained in production for stunning 13 years.

Despite selling in great numbers and even postponing the new generation for two years, the old Polo was ready for retirement. Not only was it dated, but it didn’t align with upcoming trends. Unlike the previous decade, the 90s were an age of growth and prosperity in Europe. In such a world, even the small and cheap cars hand to offer more than just being plain and reliable. To keep it on the winning course, the new generation, codenamed Type 6N, offered a wide range of options. 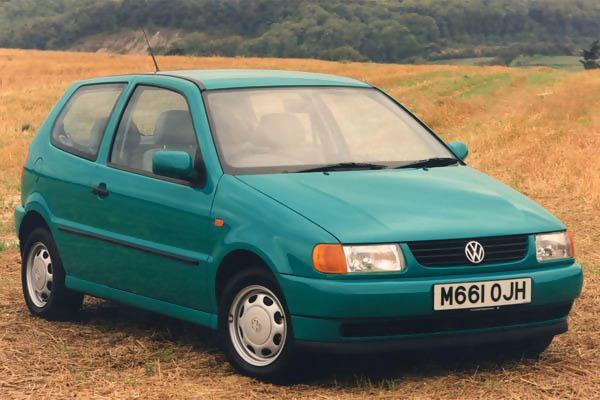 With a platform based on the Golf and rounded body lines, the new Polo offered a generous amount of interior space for its size while keeping balanced outer shape. Body styles options ranging from hatchbacks with three or five doors, a classic sedan or a station wagon meant that buyers could find the one that suits them the best. In addition, the new Polo was much better equipped than the old one. Various equipment choices, such as power-steering, air conditioning and airbags increased both comfort and safety. This was even more noticeable with cars made after the facelift in 2000.

Focused on improved fuel economy, most engines were traditional units with upgraded fuel injection systems. However, there were several variants with sporting intents that used engines with multi-valve technology. Still, the biggest upgrade under the hood was the new TDI engine. By combining low consumption of a diesel engine with superior driving characteristics made possible by a turbocharger, it soon became the favorite choice of many buyers. The transmission choices, limited to a 5-speed manual and 4-speed automatic, were far more conservative.

There were several special versions, whose main purpose was to widen the appeal. One of the most notable was the Polo Harlequin. This limited version had body panels in different colors, combining Tornado Red, Gigster Yellow, Pistachio Green and Chagall Blue.

The other one was the Polo GTI. The older car had two sporty variants, named as GT and G40. Still, VW feared that using the GTI name on a swift but cheaper car would steal away buyers from bigger and more expensive Golf. Thanks to a fast-revving engine, upgraded suspension, exterior tweaks and many equipment choices, the Polo GTI entered the hot-hatch scene with ease.

Introduced in 2002 under the Typ 9N codename, the fourth generation Polo shared little with its predecessor. With a stiff body, many airbags and ESP as a standard in many models, the focus was on active and passive safety. Also, it grew in size, making it larger than an original Golf. This allowed the interior to be even more spacious, with class-leading head and legroom. 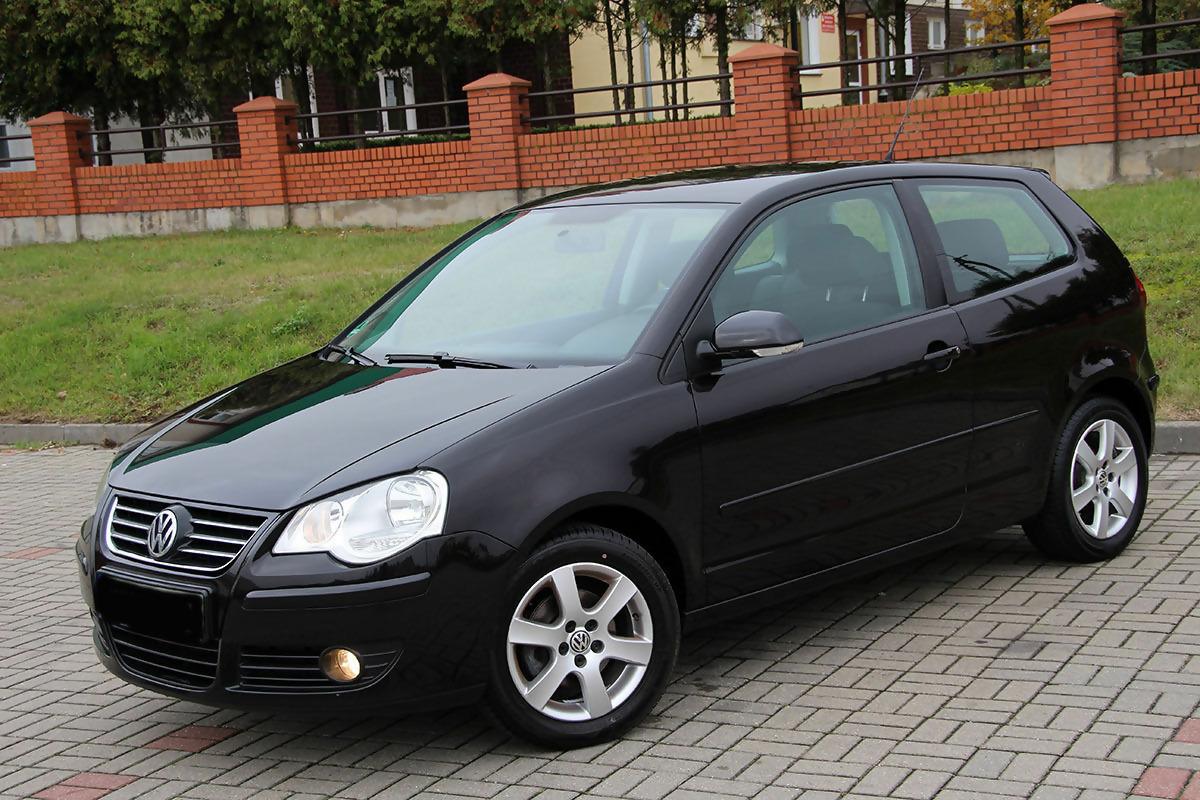 Outside, the new Polo was an unusual mix of design features borrowed from other VW cars. The general shape of the rear end resembled Golf of that time, with tail lights that looked like ones from the Passat. On the front, dual headlights and narrow grille made it unmistakably similar to smaller Lupo. This changed with a facelift in 2005, but only to make the front end more like the Golf.

Under the skin, the new Polo evolved using the old model as a starting point. All gasoline engines, ranging from a small three-cylinder to a sporty 1.8 liter unit, have cylinder heads that use multi-valve technology. Not only this improves driving characteristics, but it also lowers fuel consumption and emissions. For taking fuel savings to the next level, there were several proven TDI engines. Smaller, three-cylinder unit provided excellent fuel economy, while the bigger one throws the superb low-down grunt into the equation.

However, the biggest strongpoints of this car was the overall build quality. Using a sober and clean design combined with excellent materials, the interior looked and felt as if it came out of much more expensive car. And because it was durable, it kept that appearance for years to come, increasing resale value.

Again, the sporty GTI became available only after some initial hesitation. With perky engine mated to a swift 6-speed gearbox, sharp suspension setup and design that resembled the new Golf GTI, this supermini hot hatch was on a trail of success.

The fifth generation Polo, introduced in 2009 under Typ 6R designation, took and refined the upsides of the old car while tackling the weak spots. This meant keeping things like good driving balance and upscale feel, but also adding unique visual identity and appeal. Winning the European Car of the Year award only proved its value. 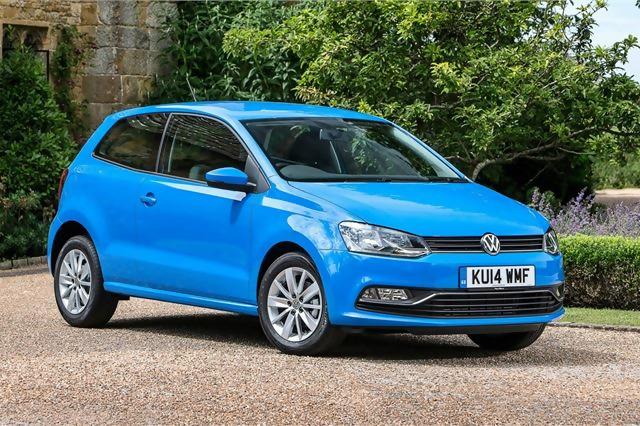 From the outside, the new Polog is a huge step forward. While all design elements are in touch with brand visual identity, sharp and aggressive body lines make it stand out in the crowd. The most interesting aspects of the designs are details such as twin projector headlights with metallic wings. But once again, it is the interior quality that makes it very difficult for rivals to compete. It sets the level of finish to a high standard. While it may look simple, the layout is functional with everything within reach. Tasteful seat fabrics and a soft dash give it an upmarket feel.

The engine range follows a well-established pattern found in previous generations. On one side of the spectrum, there are reliable engines with three or four cylinders that aim at buyers that seek reliability and fuel efficiency. On the other side, more powerful versions come with turbocharged engines that can offer an extra kick for those who want it. Suspension and steering offer a balanced blend of ride comfort and driving stability.

Continuing its presence in the hot-hatch segment, the new Polo GTI uses an award-winning TSI engine and seven-speed DSG gearbox. By combining both supercharger and turbocharger, this engine provides excellent power outputs at all engine speeds. But the real treat was the rare Polo R, made for WRC homologation purposes in a limited quantity of 2,500 cars. With a powerful turbocharged engine, stiff suspension and bigger brakes, this car was a true pocket rocket.

When looking from a distance, the current Polo seems not that different from the old car. The outer body shape and overall proportions are about the same. It takes a closer look to reveal the subtle differences with the car that has Typ AW codename. 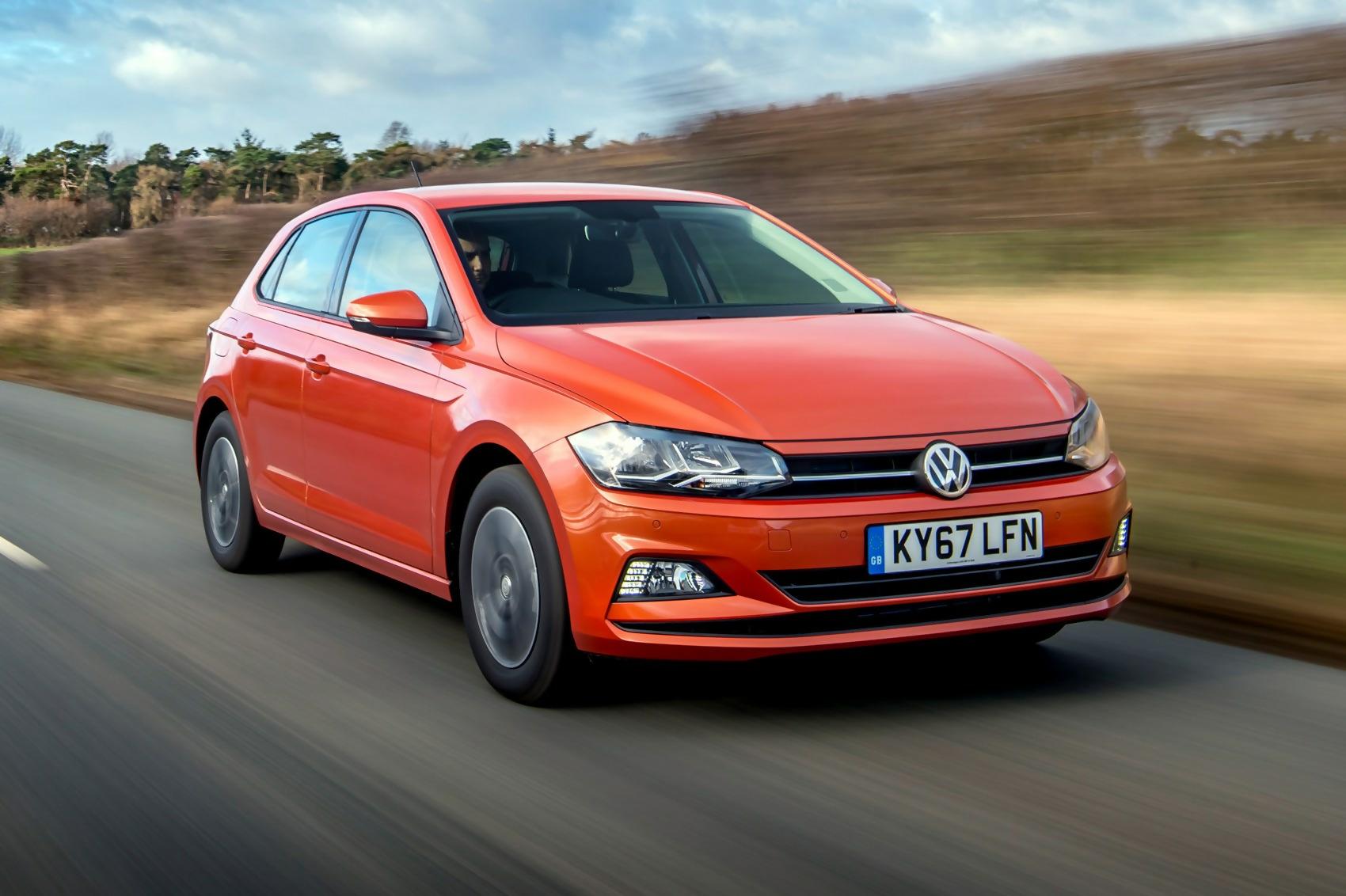 For a start, the new Polo is bigger in all directions than its predecessor, growing almost into the territory of bigger Golf. The styling is more aggressive, with many creases that help accent sharp body lines. Thanks to increased outer dimensions and wise interior design, this car offers unmatched interior and trunk space. Large infotainment touch-screen display combined to an optional digital drivers display dominate the dashboard. As expected, high build quality and superb materials come as a standard.

The engine choices start with several three-cylinder variants, with or without a turbocharger. For more power, there is a pair of turbocharged four-cylinder engines and a TDI diesel unit available in two variants. Optional adaptive suspension, a rare find in this car segment, offers superb handling while not affecting the ride quality.

With 14 exterior colors, optional two-tone paint schemes and 17 dashboard colors, customization is the main theme with Polo’s sixth iteration. Buyers can set their new Polo to be playful and energetic, or they can choose more understated color options. All this widens the appeal and helps fighting the strong competition within this car segment. Another important aspect where this cars stands out is safety, with systems such as front collision detection or emergency stopping being a part of standard equipment.

We'll send you a quick email when a new Volkswagen Polo document is added.

Yes! I'd love to be emailed when a new, high quality document is available for my Volkswagen Polo. My email address is: