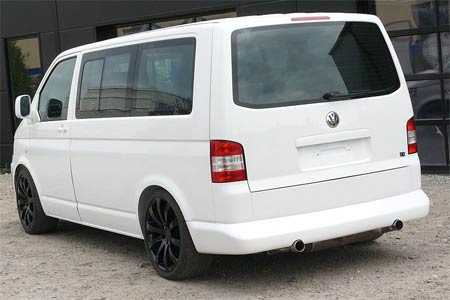 The Volkswagen Transporter T5 range is the fifth generation of Volkswagen Commercial Vehicles (VWCV/VWN) medium-sized light commercial vehicle and people mover Caravelle/Multivan range. It was launched 6 October 2002, and went into full production in 25 April 2003, replacing the fourth generation T4 Transporter range. Key markets for the T5 range are Germany, the United Kingdom, Russia, France, Turkey and Singapore. The Transporter is the commercial workhorse in the T5 range, available in over 100 combinations. The T5 is also available in six- to nine-seat configurations called Shuttle, Kombi, Caravelle, and Multivan.

We'll send you a quick email when a new Volkswagen T5 other document is added.

Yes! I'd love to be emailed when a new, high quality document is available for my Volkswagen T5 other. My email address is: