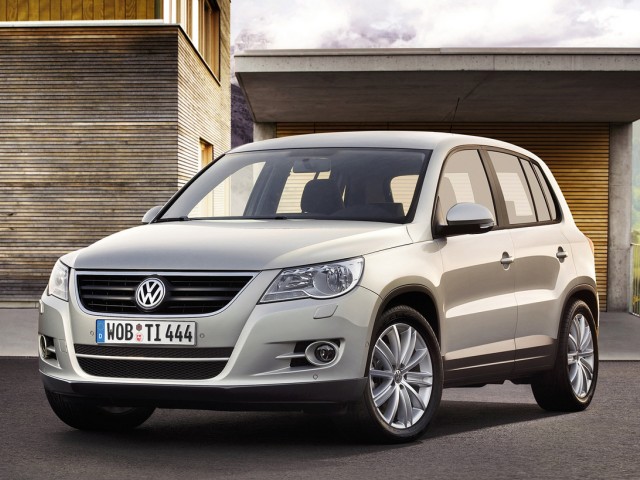 The Volkswagen Tiguan, debuted as a concept car in 2006 Los Angeles International Auto Show, is a compact crossover vehicle (CUV) and has been sold more than 700,000 units worldwide till 2011. The Tiguan is offered worldwide in various trim levels. In the US, trim levels include S, SE, and SEL. In the UK, trim levels are S, Match, Sport and Escape. In Canada, trim levels are Trendline, Comfortline, and Highline and Highline with an optional Sport Package. In Russia and other markets, trim levels include Trend & Fun, Sport and Style, and Track & Field. European markets received an R-Line trim level beginning in 2010. All Tiguans feature two-row seating and four-cylinder engines. The Euro NCAP gave the Tiguan a five-star safety rating.

We'll send you a quick email when a new Volkswagen Tiguan document is added.

Yes! I'd love to be emailed when a new, high quality document is available for my Volkswagen Tiguan. My email address is: