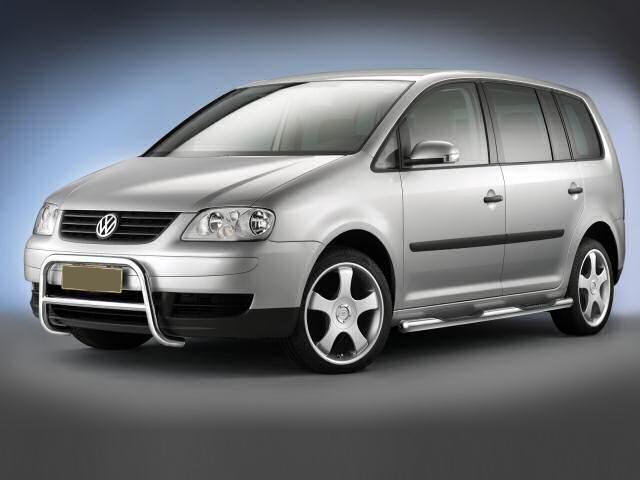 Introduced in 2003 and sold in Europe and other select market, the Volkswagen Touran is a compact MPV based on the fifth generation Volkswagen Golf MK5. It is available in five or seven-seat version and often considered as the extended version of the Golf Plus. The engines available at the launch included a 1.6 FSI and two diesel engines, the 1.9 TDI with 74 kW (101 PS; 99 hp) and the 2.0 TDI 103 kW (140 PS; 138 hp). The engines are EURO 4 compliant, except the 1.9 TDi when paired with the DSG (direct shift gearbox). The Touran launched with a six-speed manual gearbox as standard and a DSG for the 1.9 TDI Engines.

We'll send you a quick email when a new Volkswagen Touran document is added.

Yes! I'd love to be emailed when a new, high quality document is available for my Volkswagen Touran. My email address is: