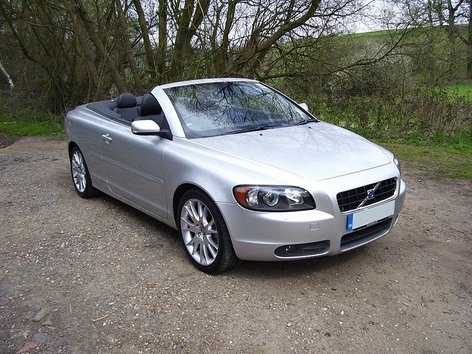 The Volvo C70 is a two-door, four-passenger compact manufactured and marketed by Volvo Cars from 1997 to 2013. Its first generation was available as both a coupé (1997-2002) and softtop convertible (1999-2005). The second generation C70 was only available as a retractable hardtop convertible (2006-2013). It was manufactured with various petrol and diesel engines, and available with both manual and automatic gearbox. The C70 is a breakthrough in Volvo?s decade-long styling tradition of boxy, rectilinear designs. Around 10,000 units were sold in the year 2011.

We'll send you a quick email when a new Volvo C70 document is added.

Yes! I'd love to be emailed when a new, high quality document is available for my Volvo C70. My email address is: