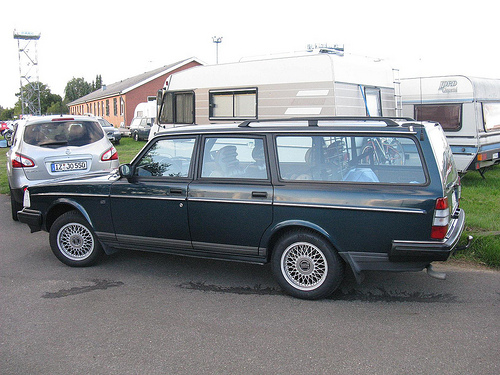 The Volvo 200 series is a range of executive cars produced by Volvo from 1974 to 1993, with more than 2.8 million units sold worldwide. The Volvo 240 and 260 series was introduced in the autumn of 1974, and was initially available as five variations of the 240 Series (242L, 242DL, 244DL, 244GL, 245L and 245DL) and two variations of the 260 Series (264DL and 264GL). This model was available with various petrol and diesel engines, both manual and automatic transmission styles were manufactured. By June 1982, with the introduction of the model year 1983 Volvos, the third digit too lost its meaning and the 242/244/245 became simply the 240. The last 200 produced was a blue station wagon built to the Italian specification and named the "Polar Italia", currently displayed at the Volvo World Museum.

We'll send you a quick email when a new Volvo Polar document is added.

Yes! I'd love to be emailed when a new, high quality document is available for my Volvo Polar. My email address is: